Throughout this year, Cubs up and down the country are celebrating 100 years of Cub Scouting. 11th Purley joined the party over the May bank holiday weekend, in Croydon District's Cubs 100 event at Frylands Wood.

Two years of planning culminated in a fantastic experience for 500 cubs from nearly 40 packs, including a variety of activities, a massive campfire, fireworks, and a celebrity visit. 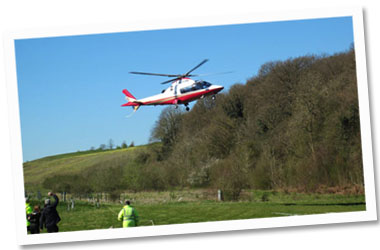 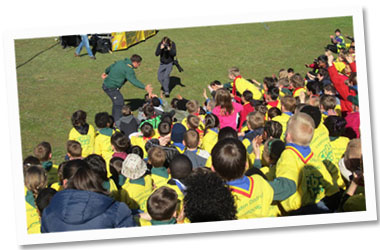 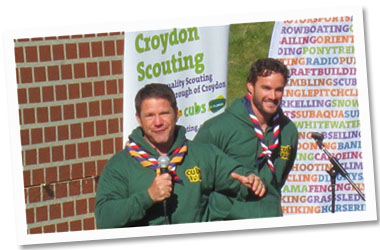 At 9.15, Cubs, Leaders and site staff gathered on Farleigh Field to greet Scouting Ambassadors Steve Backshall and Thom Evans, who arrived by helicopter. The Cubs gave them a huge cheer as they emerged to open the event. Steve and Thom spent some time with the Cubs, trying out some of the activities and signing the Cubs' yellow Tshirts.

The action-packed day for our Cubs included long range archery, a bungee run, zorbing, an aerial runway and rope bridge, as well as climbing activities, gladiators games and trampolines. By the end of the day the Cubs were more than ready for their dinner.

Our campsite, which we shared with 3 other Cub packs, was situated among beautiful bluebell-filled woods - idyllic surroundings for cooking macaroni cheese for 80 Cubs and helpers! We followed that up with Eton Mess - 11th Purley style - meringue cases filled with squirty cream and smothered with fruity sauce. Then, the Cubs went off to the Disco marquee to dance until bedtime. 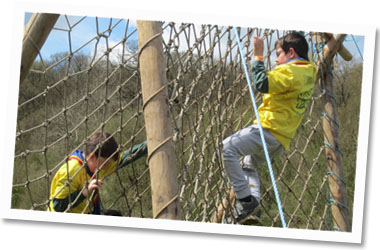 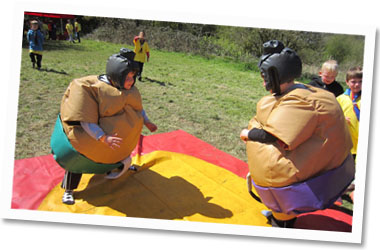 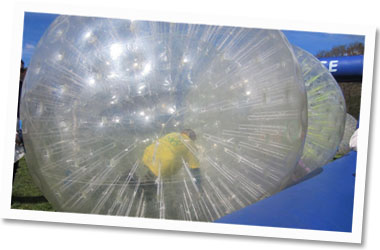 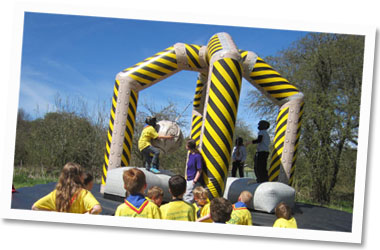 Everyone woke to a frosty morning, but we all soon warmed up after a cooked breakfast, and the Cubs then got themselves involved with the rifle shooting, crazy golf, human table football (a big favourite!), an assault course and 'spider mountain' a vertical climb through a rope maze followed by a near-vertical slide down.

By the afternoon it had become so warm and sunny that the shade of the arts and crafts tent was most welcome for some Cubs! They took part in laser tag in the woods, made lanterns and keyrings, learned circus skills, did sumo wrestling and played human demolition, which involved standing on a pillar and being knocked off by an inflatable wrecking ball.

As the evening drew in, Cubs, helpers, leaders and staff - approximately 800 people in total - converged on Farleigh Field for a barbeque, during which the circus skills group entertained with their fire-eating and acrobatics. 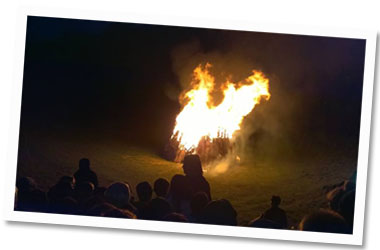 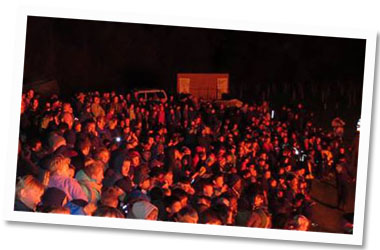 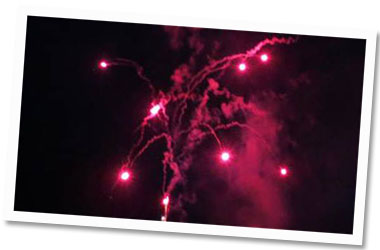 After the act of reflection led by Rachael Farnham and a closing speech from the Mayor of Croydon, our own Scout leader, Christie Golder, sent a flaming arrow across the field to light the Cubs 100 campfire. Some energetic campfire singing followed, and the evening was rounded off by a superb firework display.

A massive thank you to all our helpers, and all the leaders and helpers of the 16th Croydon, the 17th Selsdon and Addington and the 19th Purley who shared our site, and especially to the District team - this camp was a very special way to celebrate 100 years of Cub Scouting!